Keep me updated about Godfried Schalcken:

In his characteristically smooth and polished manner, Godfried Schalcken has portrayed a pretty young woman with two children standing before a billowing curtain.  She looks out directly at the viewer and smiles.  She is wearing pearl earrings and a blue silk dress with an alluring décolletage: her brown hair is tied up in a scarf.  In one hand she holds a song sheet from which the older of the two children sings: the younger, blond-haired child pipes a tune on a whistle.  Through an open window to the right we catch a glimpse of a landscape beyond.

Godfried Schalcken studied first with Samuel van Hoogstraten in Dordrecht and then with Gerrit Dou in Leiden, before establishing himself as a leading painter in Dordrecht.  Initially, he based his style on that of Dou and the Leiden school of “fine painters”, adopting their meticulous technique, small formats and subject matter.  Soon, however, he developed a freer and more elegant manner.  Besides portraits, he painted genre scenes and allegorical, religious and mythological subjects.  Schalcken enjoyed great success both at home and abroad and was especially renowned for his candlelit scenes.  Towards the end of his life, he worked for aristocratic patrons in The Hague, London and Düsseldorf, where from 1703 he served as a court painter to the Elector Palatine, Johann Wilhelm.

As one would expect from an artist trained in the Leiden fijnschilder tradition, Schalcken shows himself here to be a master at rendering surface textures, from the fine silken fabrics, to the young woman’s porcelain-like skin and the crumpled sheet of paper.

It is not clear whether this painting was intended to have any iconographic significance, but it is possible that it might have been conceived as an allegory of Hearing, since the two children are shown – the older one with his open mouth singing and the younger one with cheeks puffed out blowing – so emphatically engaged in the act of producing sound.  Although there do not appear to be any paintings in Shalcken’s oeuvre of a similar size and of complementary subject matter that could conceivably form part of a series of the Five Senses, there are individual paintings that could represent a single sense.  For example, the painting in the Rijksmuseum, Amsterdam, entitled “Every one his fancy” (I), of one boy eating an egg and  another gobbling up porridge, which could be interpreted as an allegory of Taste, or a painting in the Rose-Marie and Eijk van Otterloo collection of a girl licking sugar from her finger (ii), which could likewise be a representation of Taste.

Godfried Schalcken was born in Made near Breda in 1643, the son of a parish minister, Cornelis Schalcken, and Aletta Lydius, who came from a famous clerical family in Dordrecht.  In 1654, the family moved to Dordrecht, where his father was appointed headmaster of the Latin school.  There, Godfried studied with Samuel van Hoogstraten from 1656 to 1662 and then with Gerrit Dou in Leiden, both pupils of Rembrandt.  By 1665, he had returned to Dordrecht where he registered as an ensign in the local militia company.  On 31 October 1679, Schalcken married Françoisia van Diemen, daughter of a wealthy officer from Breda.  Of their seven children, only one daughter, Françoisia, baptised in Dordrecht on 28 June 1690, survived to adulthood.  On 28 February 1691, Schalcken was admitted to The Hague painters’ society Pictura, although officially he continued to live in Dordrecht.  In May 1692, he and his family moved to London where they remained for six years.  By June 1698, Schalcken was back in The Hague, where he acquired citizenship in the following year.  He is recorded there in 1700 and 1702 but in 1703 was in Düsseldorf painting for the Elector Palatine, Johan Wilhelm.  Schalcken is again mentioned in The Hague records of 1704 and 1705, when he filed his will.  He died in that city in November 1706 and was survived by his wife and daughter.

The Leiden portrait and genre painters Carel de Moor and Arnold Boonen were pupils of Schalcken, as were his sister Maria and his nephew Jacobus. 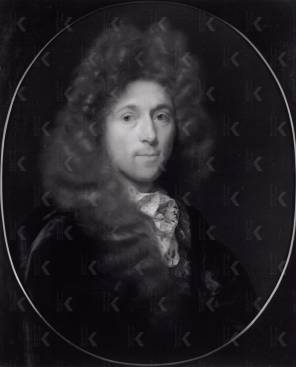 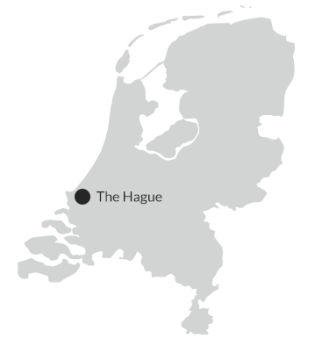 Keep me updated about Godfried Schalcken: