Keep me updated about Harmen Steenwijck:

A Still Life with Fish and Fruit on a stone Ledge

Harmen Steenwijck was born in Delft in 1612, but trained with his uncle, the portraitist and still-life painter David Bailly (1584-1657), in Leiden.  He returned to Delft in 1636, where he joined the Guild of St. Luke.  He specialised in still lifes of tables piled with fruit, fish, game and simple kitchen ware.  His other principal subject was vanitas still lifes.  His output was relatively small.

Here, Steenwijck has depicted the corner of a stone ledge on which a fish, three quinces, and a stoneware jug have been arranged.  A beam of light falls from the upper left, enveloping everything in a soft, silvery light.  The artist has taken great care with the surface textures of his chosen objects - the glazed surface of the earthenware vessel, the glistening scales of the fish, and the chipped stone of the ledge are all rendered with a high degree of realism –  - while at the same time creating an harmonious unity by means of a carefully controlled palette of warm greys, browns and olive green, enlivened with tints of lemony-yellow.

Steenwijck’s work has a very distinctive character.  This diminutive example displays all the hallmarks of his style.  The fish, quinces and earthenware jar all belong to his favourite stockpile of motifs.  Likewise, the use of diagonals and directional lighting are entirely typical.  Indeed, more often than not, he grouped his objects in a strictly triangular arrangement and lit them with diagonal shafts of light that play across the back wall.  It was also his practice often to work on an intimate scale, representing his objects considerably smaller than natural size.  Early in his career, Steenwijck employed the meticulous manner of the Leiden fijnschilders (Fine Painters), which he had come to know during his five-year apprenticeship with his uncle David Bailly in Leiden.  Later, his style became gradually less refined and his handling broader and more painterly.

Although virtually miniature in scale, the relatively free handling of the present painting suggests a date late in the artist’s career, around 1650.  A comparison may be made with a late Still Life of Fish, Fruit, Game and Kitchen Utensils in the Ashmolean Museum, Oxford (i), which displays a similarly luminous, grainy technique and blond tonality, and a pair of dated paintings from 1652 in the Rijksmuseum, in Amsterdam (ii).  During this period, he seems to have produced a number of very small still lifes, often as pendant pairs.

Harmen Steenwijck was born in Delft in 1612.  His father Evert Harmensz. (d. 1654), a maker of spectacles, had come to Delft in the 1590s from the town of Steenwijck, in Overijssel.  His brother Pieter, who also became a still-life painter, was born about 1615.  In 1628, Harmen went to study with his uncle David Bailly in Leiden and remained with him for about five years.  Pieter also studied with his uncle from about 1633 to 1635.  In November 1636, Harmen registered with the Guild of St. Luke in Delft as a master.  His brother did likewise in November 1642, but two years later Pieter became a member of the guild in Leiden, and between 1652 and 1654, he worked in The Hague.  Harmen is mentioned in a document dated 13 July 1637 as a militiaman in the Delft civic guard.  In 1654, he travelled with the merchant fleet to the East Indies (modern Indonesia), but returned the following year.  He is last recorded in Delft on 6 January 1656.  Like his brother, Pieter was still alive in 1656, but neither of the brothers’ exact date of death is recorded.  Harmen was the more important of the two painters. 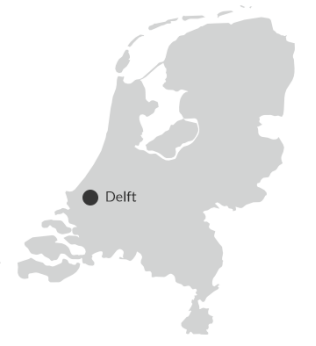 Keep me updated about Harmen Steenwijck: