Keep me updated about Willem Kalf:

Robert Noortman Gallery, London, A selection of important paintings by old and modern masters from our 1981 collection, 1981, no. 9

In a humble peasant interior, a woman with rough-hewn features is seated by the fire, cutting up a large cabbage with a knife.  A cauldron hangs over a bright flame in the hearth, and a washing line is suspended from a rudimentary mantel above: a bunch of candles hangs from a nail in the wall.  Resting on the floor by the woman are a glazed earthenware bowl and large basket filled with a pumpkin, a gourd and some more greens.  Another gourd, a melon, a bundle of chard bound with twine, an endive, a few onions are scattered about the dirt floor.  At the back of the cottage, a woman with a copper milk kettle on her head can be seen entering through an open doorway: the door itself hangs askew on its hinges.  A wooden chest, with a besom leaning against it, completes the furnishings of this ramshackle dwelling.

At first sight, this peasant interior does not immediately bring to mind the work of Willem Kalf, whose great fame, after all, rests upon his still lifes of costly and finely crafted objects - pronkstilleven – painted during his time in Amsterdam.  Yet he also painted interiors of this type early in his career whilst living in Paris, which derive from the artistic traditions of his native Rotterdam.

Kalf was born in Rotterdam in 1619, the son of a prosperous burgher.  Few details of his early life are known.  The eighteenth-century biographer of artists, Arnold Houbraken, claimed that he studied with Hendrik Pot (c. 1580-1657) in Haarlem, but his youthful work seems more closely related to that of the Middelburg artist François Ryckhals (after 1600-1647), who painted peasant interiors in the Rotterdam tradition and pronk still lifes of metalware.  While still in his early twenties Kalf travelled to Paris, where he took up residence in the Saint-Germain-des-Près neighboorhood, an area popular with Dutch and Flemish artists.  During his time there, Kalf painted small-scale pictures of farmhouse interiors and kitchens with prominent still-life elements, and large still lifes of precious metalware objects which are the precursors of his mature pronk still lifes.  After settling in Amsterdam in the early 1650s, Kalf turned his attentions wholly to the production of pronk still lifes.

The interiors of peasant dwellings painted by Kalf during his Parisian sojourn recall the stable and barn interiors produced in the 1630s by such Rotterdam artists as Pieter de Bloot (1601-1658), Cornelis Saftleven (1607-1681), Herman Saftleven (1609-1685), and Hendrick Sorgh (1609/11-1670), and elsewhere by François Ryckhals (shortly after 1600-1647), and others.  Kalf’s paintings of this genre, typically small in size, depict rustic interiors with large displays of vegetables and fruits, baskets, brass vessels and other kitchen utensils heaped untidily in the foreground.  One or two figures are often included, but generally in a subsidiary role and mostly in the background shadows. In all about sixty works of this kind are known, but only a few are signed, and even fewer bear a date, the present example being one of them. The paintings of this type were probably bought by a local clientele in France and, for this reason, remained little known in The Netherlands for a long time.  Writing in the eighteenth century, Houbraken praised Kalf’s talents as a still-life painter, but made no mention of his peasant interiors.

This small painting on copper, of 1644, is highly characteristic of the genre.  Although small in size, the technique is broad and sketch-like, the paint having been applied thinly, with highlights added using a very fine brush and thick impasto.  The predominantly brown tonality of the interior is tinged with coppery hues from the open fire, with stronger colour reserved for the still-life elements.  Although the subject matter of this early farmhouse interior is quite different from Kalf’s later depictions of luxury items, his interest in simple arrangements of objects in dimly lit settings is already apparent.

Kalf quite often repeated objects and motifs in his interior scenes.  Here the woman with a milk kettle on her head, seen silhouetted in an arch-topped door opening, was a favourite motif which appears in several other paintings, for example, a painting of a farmhouse interior in the Suermondt-Ludwig-Museum, in Aachen (i), and another in the Staatliche Kunsthalle, in Karlsruhe (ii).

Willem Kalf was baptised in Rotterdam on 11 March 1619 in a Protestant ceremony.  He was the son of Jan Jansz. Kalf, a successful textile merchant and a member of the Rotterdam Town Council, and his wife Machtelt Gerrits.  Willem was the second youngest of eight children.  His father died in 1625, followed by his mother in 1639.  The name of his teacher is not recorded.  The eighteenth-century biographer of artists Arnold Houbraken claimed that he studied with Hendrick Pot, but Kalf’s earliest works have more in common with the peasant interiors and still lifes of metalware by François Ryckhals, who is often cited as his teacher.  Kalf was definitely in Paris by January 1642, and had probably been residing there earlier, perhaps from around 1639.  While in the French capital he lived with several Flemish artists in a house called “La Chase” in the neighbourhood of St. Germain-des-Près.  Kalf had returned to Rotterdam by 26 October 1646 at the latest.  On 22 October 1651, he was married in Hoorn to Cornelia Pluvier, an accomplished young woman who was known for her poetry, calligraphy and glass engraving, as well as for composing music and playing the virginal.  At the time of his marriage Kalf was living in Hoorn, but he probably moved with his new wife to Amsterdam  shortly after, certainly by 17 June 1654.  The couple converted to Catholicism and had four children: Sophia (b. 1657), Johannes (b. 1660), Cornelia (b. 1662) and Samuel (b. 1664).

Kalf must have joined the Amsterdam painters’ guild in the early 1650s, but the records for that period are lost.  He is cited together with Rembrandt, Flinck, Bol, Koninck, van der Helst and other artists who spread the city’s fame, in Jan Vos’s 1654 poem ‘Zeege der Schilderkunst’ (Triumph of Painting), and in 1663, the famous poet Joost van den Vondel praised the artistic talents of both Kalf and his wife in a poem entitled ‘Raetsel’ (Riddle).  On three occasions between 1661 and 1686, Kalf was called upon to appear before Amsterdam notaries to give his expert opinion on the authenticity of paintings.  Like many other artists of the period, Kalf was also active as an art dealer, but to what extent is unclear.  His last dated paintings are from 1679 and 1680.  According to Houbraken, he died suddenly on 31st July 1693, aged seventy-four, from injuries sustained in a fall.  He was buried in Zuiderkerk four days later.  Houbraken described Kalf as a well-read man with good judgement, who was friendly and entertaining.  The painter Philip Vleugels also commented on ‘Calf’s’ generosity and friendliness.

Willem Kalf was baptised on 11 March 1619, the son of a successful textile merchant and a member of the Rotterdam Town Council.  His father died in 1625 and his mother in 1639.  The name of his teacher is not known.  Houbraken claimed that he studied with Hendrick Pot, but Kalf’s earliest works resemble the peasant interiors and still lifes of metalware by the local expatriate Flemish artist François Ryckhals.  Around 1639/40 and certainly by 1641 Kalf travelled to Paris where he was active until 1646: in October of that year he was back in Rotterdam.  In 1651, he married Cornelia Pluvier, a talented poet, composer and calligrapher, in Hoorn.  They both became Roman Catholics. Cornelia Kalf later met Constantijn Huygens, who wrote a poem in honour of her and her husband.  The couple had settled in Amsterdam by 1653 when Willem joined the local Guild.  Documents record his presence in Amsterdam from 1654 to 1690.  However, after about 1680 he seems to have worked primarily as an art dealer.  His last dated paintings are of 1679/80.  He died in Amsterdam on 31 July 1693.  Houbraken described Kalf as a friend and helpful man and a good raconteur, and praised his art and wide experience.  The poet Joost van den Vondel also offered poetic praise for Kalf’s art. 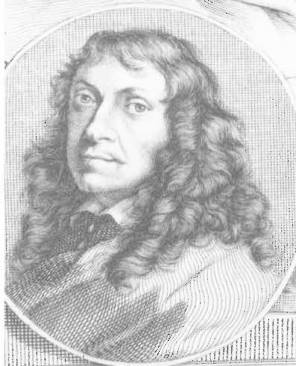 Keep me updated about Willem Kalf: