A PAIR OF PAINTINGS BY DAVID RYCKAERT III 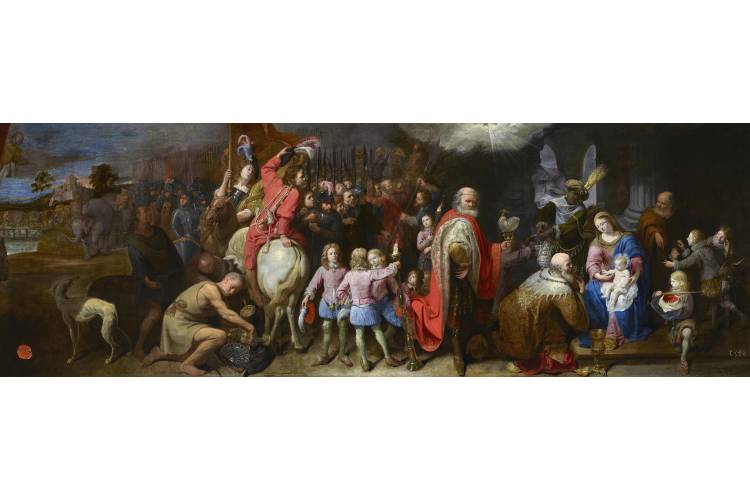 A remarkable pair of paintings by the Antwerp painter David Ryckaert III (1612-1661), which has recently emerged from an old Spanish aristocratic collection. Originally commissioned from the painter by the distinguished Spanish courtier, soldier, diplomat and art collector the Marqués de Leganés (c. 1585-1655), their imposing size and unusual format suggest that they were intended for a specific location, perhaps as overdoors, or part of an architectural scheme.

The Adoration of the Magi

Born into a family of artists, David Ryckaert III lived and worked in Antwerp all his life.  In his early career, he painted mainly low-life genre scenes, influence by Adriaen Brouwer (1605-1638) and David Teniers the Younger (1610-1690), but around 1649, probably in a bid to attract a more sophisticated clientele, he changed tack, introducing more elevated subjects to his repertoire, and adopting larger formats and a more refined technique. The ploy seems to have paid off since his work now came to the attention of the art-loving Archduke Leopold Wilhelm (1614-1662), who acquired four of his paintings for his picture gallery in the Coudenberg Palace, in Brussels.  In 1651, Ryckaert was elected dean of the guild in recognition of the high esteem in which he was held by his fellow artists.  He was now at the peak of his career.

Thus, this pair of paintings, executed in 1652, belong to an especially successful phase in the artist’s professional life, when he produced much of his best work.  The discovery by Matías Díaz Padrón in 2008[i] that they had belonged to the Marqués de Leganés, one of the most distinguished collectors of the seventeenth century, tells us much about the artist’s reputation abroad during these years.  The key to making the connection with Leganés is the characteristic inventory number “1324”, inscribed in white in the lower right-hand corner of The Annunciation, and the red collection seal of the Marqués affixed to the canvas of its companion piece.  These marks make it possible to identify the paintings among the 1333 art works listed in the inventory of the Marqués’s estate drawn up on 21 February 1655[ii], where they are described as follows:-

Diego Mexiá Felípez de Guzmán, 1st Marqués de Leganés (c. 1585-1655) was the aristocratic courtier par excellence.  A cousin and protégé of the immensely powerful Count-Duke of Olivares, the favourite of the young King Philip IV of Spain, he rose through the ranks of the nobility, serving in important positions at court and in the military.  During the 1620s, he was frequently in Flanders on military or diplomatic missions and was a resident in Brussels from 1630 to 1635.  As an intimate member of the court in Brussels, he would have been familiar with the archducal collections, as well as with many of the smaller collections of wealthy Antwerp citizens.  He also met and became a major patron of Rubens, who in 1628 described him as “one of the greatest connoisseurs of the age” [iii].  His own collection, much of which was acquired during his time in the Low Countries, reflects his great interest in the art of living Flemish painters, as well as that of Italian and Spanish sixteenth and seventeenth century paintings.  These two paintings by David Ryckaert III entered his collections towards the end of his life, by which time he was once again living in Spain.  Although nothing is known about the genesis of the commission, it seems likely that it came out either through the Marqués’s connections with the court in Brussels, or through one of the firms of art dealers in Antwerp with which Ryckaert had some dealings. 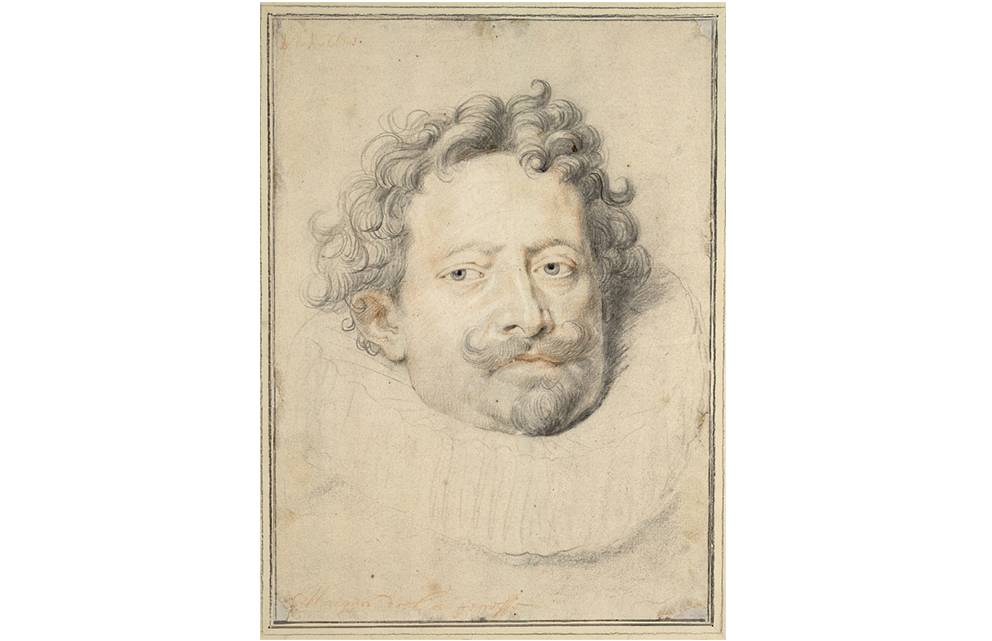 In the painting of The Annunciation, Ryckaert collaborated with his Antwerp colleague, the celebrated flower painter Jan van Kessel the Elder (1626-1679), who added the magnificent vase of flowers and other floral still-life elements.

For a full description of both paintings go to the "Paintings" page of this website.